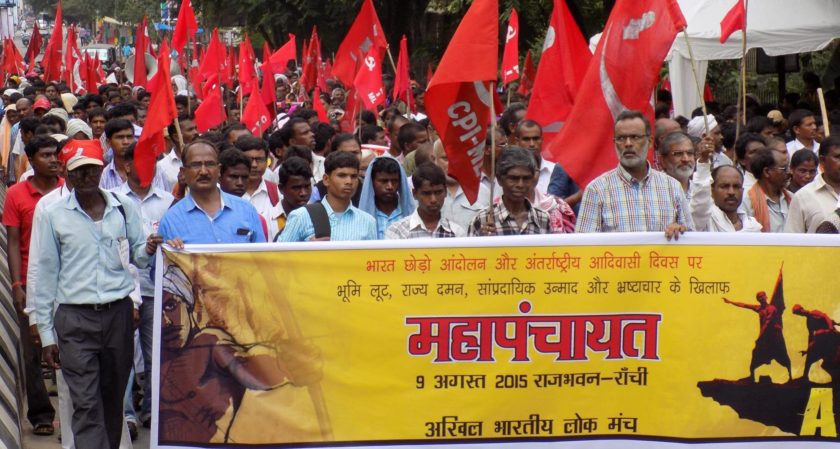 9th August is observed as August Kranti Diwas and, since 1995, also as International Day of the World’s Indigenous Peoples, when indigenous people all over the world celebrate their identity and their rights. This year the BJP govt in Jharkhand played the drama of celebrating World Adivasi Day on a governmental level, whereas the truth is that this very govt is attacking the rights of adivasis over jal-jangal-jameen (water-forests-land) and progress through its pro-corporate policies. The AIPF organized a huge mahapanchayat in Ranchi, attended by the CPI(ML) and dozens of people’s organizations, and thousands of adivasi people whether women, workers, farmers, youth, students, in their traditional attire.

Addressing the mahapanchayat, CPI(ML) General Secretary Comrade Dipankar Bhattacharya said that this mahapanchayat would become the voice of the adivasis for their rights, against the anti-people policies of the govt. He pointed out the irony that on this August Kranti Diwas, the reins of the country are in the hands of those who belong to a political stream which took no part in the Independence struggle and who are today hell-bent on imposing Company Raj on the country. He said that World Adivasi Day is celebrated as a symbol of adivasis’ right to take their own decision regarding jal-jangal-jameen, but this pro-corporate govt is violating all the rights of the adivasis, including hard won legal rights such as CNT, SPT, PESA, and the 5th Schedule and the Govt was bent upon giving their jal-jangal-jameen away to the corporate houses. The AIPF must stand strong on the rights of adivasis, and also must work for the success of the September 2 All India strike called by trade unions to oppose the weakening of labour laws. 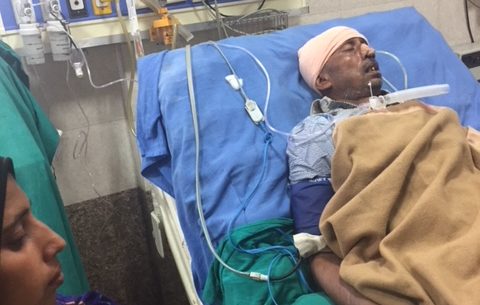 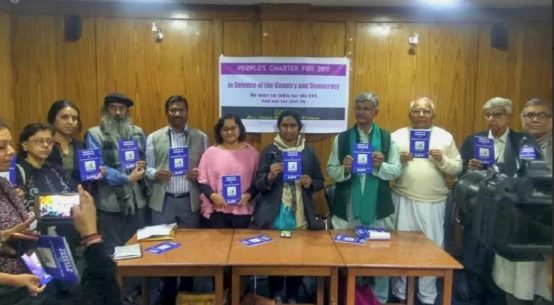 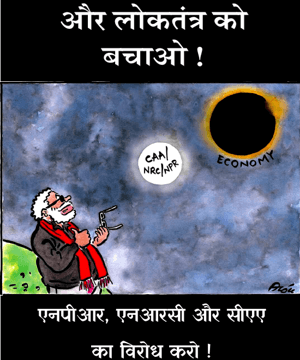 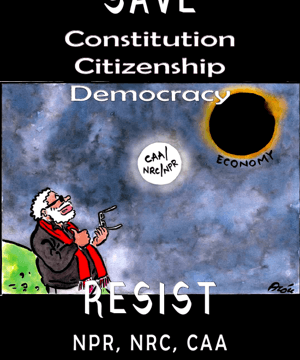 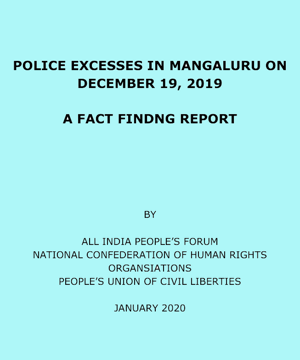 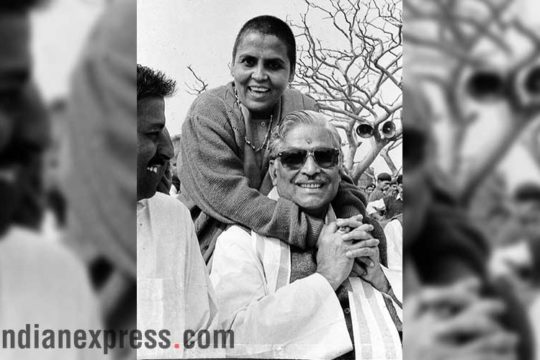 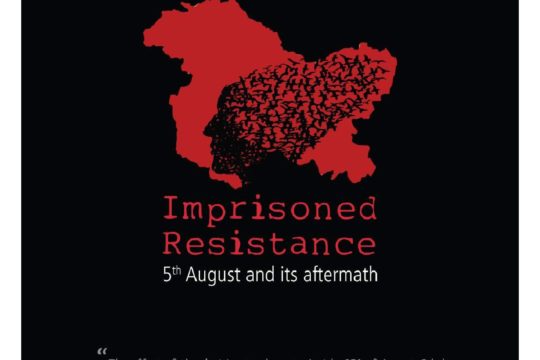 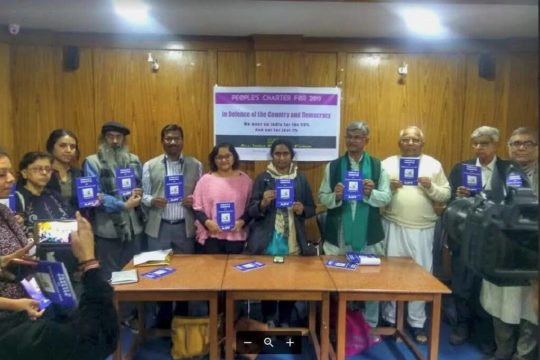 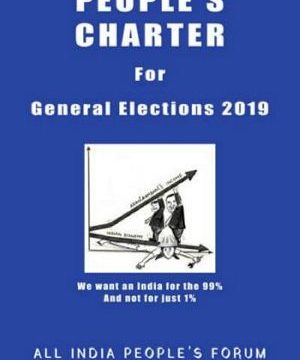